Committee to iron out downtown parking details: Who gets burned?

By: spencerbaldwin
In: Board of Aldermen, Craven County Board of Commissioners, New Bern
Tagged: What the ...
With: 2 Comments 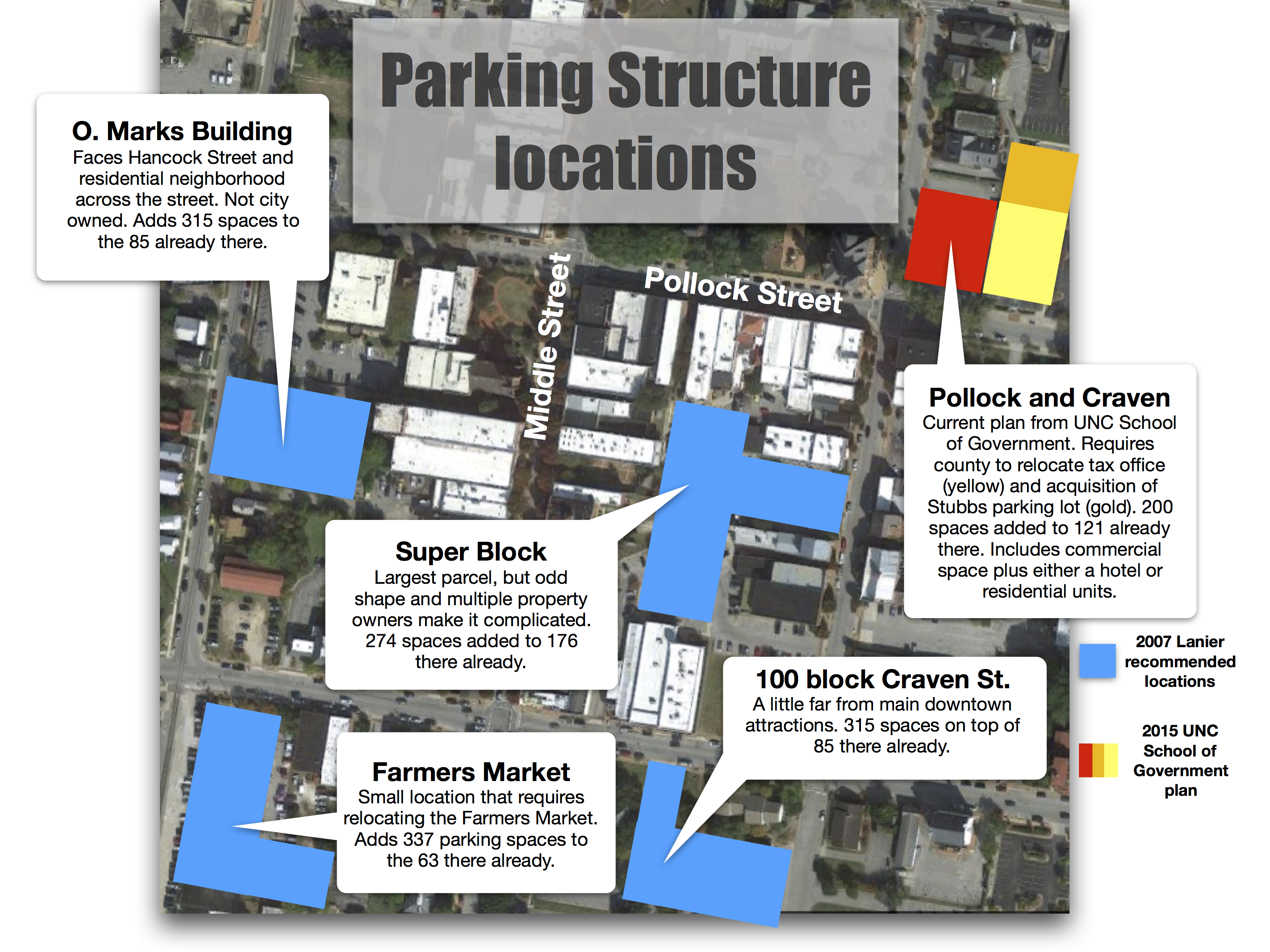 Going into extra innings, the city Parking Advisory Committee is meeting Tuesday to iron out recommendations it will make at an upcoming Board of Aldermen meeting.
The committee meets Tuesday afternoon at the Police Substation at New Bern Mall, because what better way to encourage public participation than holding a meeting in a police station?
The committee was supposed to present its recommendations to the Board of Aldermen on Oct. 24 but has gone two meetings past that date, including the one scheduled for Nov. 7. It has until Dec. 12 to present its recommendations, after which it dissolves. Two aldermen on the committee vacate their seats on the Board of Aldermen at that time, Dallas Blackiston, who lost his reelection bid, and E.T. Mitchell, who was appointed to the board and did not choose to run for it in October.
Momentum is steering the advisory committee to make these recommendations:

Final decisions on the recommendations are expected Tuesday at the police bunker.
Aldermen Mitchell, during the meeting last week, said the committee is merely making recommendations to the Board of Aldermen, which will make final decisions. She said it to Broad Street business owners, government representatives and court house lawyers generally opposed to the idea of paid parking on Broad Street. They were invited to the meeting to express their reaction to the proposal, and then promptly ignored.
Meanwhile, Alderman Jeffrey Odham told the New Bern Post that he would like the Board of Aldermen to adopt all the committee’s recommendations and not listen to anyone who might have different ideas he described as “politics.”
The advisory committee has been hashing over downtown parking during weekly 60- to 90-minute meetings since mid-September. Downtown parking has been a problem in New Bern for 100 years, City Manager Mark Stephens said. (Yes, he really said that.)


Who’s who
Odds and ends
No one will be happy
Did anyone say “parking structure”?