2018-05-08
By: spencerbaldwin
In: Board of Aldermen, New Bern, New Bern Fire Department, Parks and Recreation, Public works
With: 0 Comments

Aldermen meet this evening to hold a public hearing into how the city will spend taxpayer and user fee money during the next fiscal year. This is the first budget for the newly coined Board of Aldermen, which met during budget workshops last week that lasted just over 11 hours. As presented by city staff, the draft budget is fairly status quo and would not result in any additional taxes or fees. However, City Manager Mark Stephens also laid out a number of steps aldermen could take to raise addition revenue to pay for new projects. (Fun fact: “Raise revenue” is boffin-speak for new fees END_OF_DOCUMENT_TOKEN_TO_BE_REPLACED 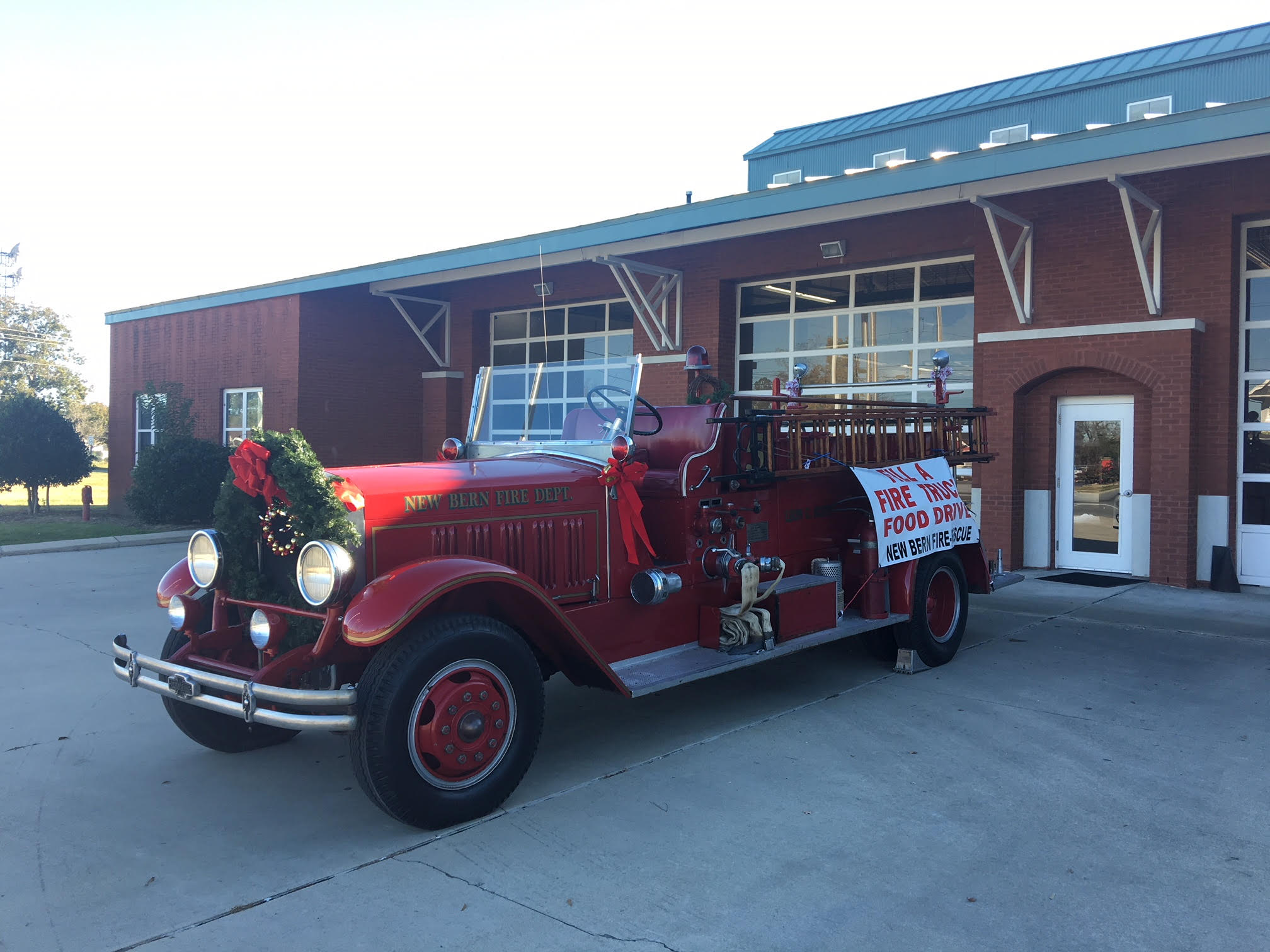 2018-01-10
By: spencerbaldwin
In: Aldermen, Board of Aldermen, Mayor, New Bern Fire Department
With: 0 Comments

A tradition within the New Bern Fire Department and its ancestors since 1879, threatened by a row over former mayor Lee Bettis, is now no longer a habit, a tradition, or a whim — it’s city law. Aldermen passed a resolution on Tuesday making it official city policy to add the name of the mayor in office when a fire truck is authorized for purchase. The policy gives a mayor the option to decline the honor. The resolution passed on a vote of 5-2, with Mayor Dana Outlaw and Alderman Jeffrey Odham voting against the measure. The controversy arose when the previous Board of Aldermen END_OF_DOCUMENT_TOKEN_TO_BE_REPLACED

2018-01-05
By: spencerbaldwin
In: Aldermen, Board of Aldermen, Craven County Board of Commissioners, Mayor, New Bern, New Bern business and commerce, New Bern Fire Department
With: 0 Comments

First off, the obvious Things are getting back to normal now that the holidays are behind us. Just kidding. With snow and ice blanketing the region, it’s like having an extra week off for the Christmas break. Schools have been closed since Wednesday. So much of New Bern was shut down on Thursday, it nearly felt like Christmas Day. Though we were well supplied with food, cabin fever drove us from the house and we thank the folks at Sonic and Piggly Wiggly for braving the weather and serving our needs. Other businesses were open, too … these are just the two we happened to END_OF_DOCUMENT_TOKEN_TO_BE_REPLACED

Alderman Sabrina Bengel takes the oath of office after being selected mayor pro tem. Alderman and former mayor pro tem Jeff Odham is in the background fuming. The two sit on opposite sides of the dais and, judging from their first meeting Tuesday, are on opposite sides of other things, too. It didn’t take long for four years of bad blood between Sabrina Bengel and Dana Outlaw/Jeff Odham to spill over into Tuesday’s Board of Aldermen meeting. The question is, who started it? • Was it Ward 1 Alderman Bengel who, during her first meeting as alderman (this time around) and using a portion of END_OF_DOCUMENT_TOKEN_TO_BE_REPLACED

2017-12-13
By: spencerbaldwin
In: Aldermen, Board of Aldermen, Mayor, New Bern Fire Department
With: 7 Comments

Alderman Sabrina Bengel takes the oath of office after being selected mayor pro tem. Alderman Jeff Odham is in the background. The two sit on opposite sides of the dais and, judging from their first meeting Tuesday, are on opposite sides of other things, too. Former New Bern mayor Lee Bettis will have his name restored to a fire truck the Board of Aldermen authorized to buy during his last meeting as mayor but the subsequent board ordered removed because he was convicted of crimes. Ward 1 Alderman Sabrina Bengel, using the New Business portion of the meeting that she has complained about on her END_OF_DOCUMENT_TOKEN_TO_BE_REPLACED 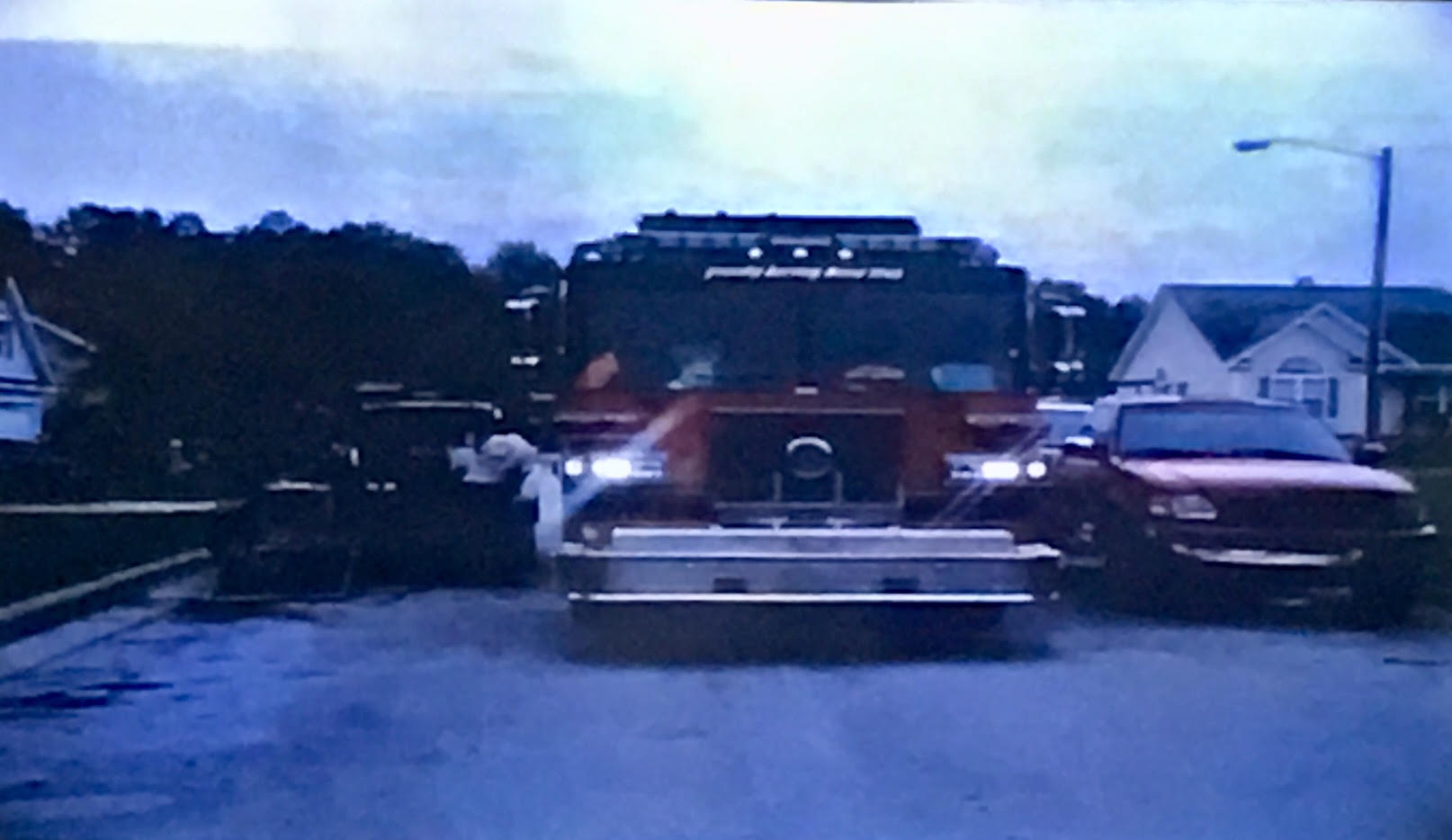 2017-12-06
By: spencerbaldwin
In: Board of Aldermen, New Bern, New Bern Fire Department, Planning and Zoning
With: 0 Comments

Three developers persuaded New Bern planning and zoning board members to hold off endorsing a proposed revised street ordinance, saying a Fire Department push for wider residential streets and bigger cul de sacs will hurt the environment and push up costs for new houses that could make affordable housing a thing of the past. The board voted unanimously (with one absent and one vacancy) to table the decision and send the proposed ordinance back to staff for further discussion and research. It was one of three option the board had: Approve it and forward it to the Board of Aldermen for further consideration, reject it, END_OF_DOCUMENT_TOKEN_TO_BE_REPLACED 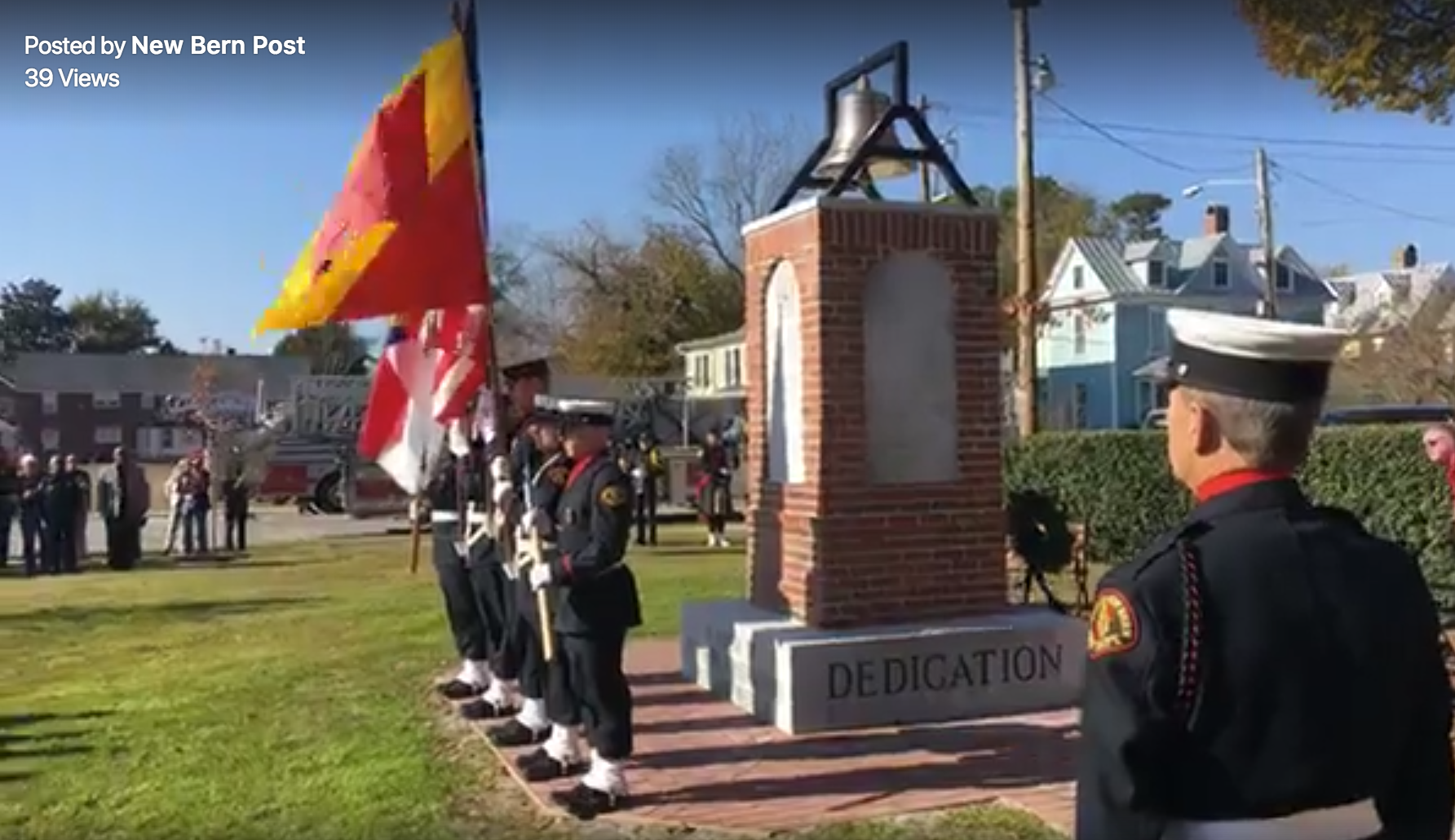 The New Bern Firement’s Museum dedicated an important relic — a fire house bell — commemorating the three New Bern firefighters who gave their lives in the line of duty. The museum took the opportunity to show off its newly completed interior, including a second floor that gives a glimpse of a firefighter’s life, educates visitors about the Great New Bern Fire of 1922 (said to be the largest city fire in North Carolina history). Here is a Facebook video of the dedication: And here is a Facebook video of the interior of the museum: END_OF_DOCUMENT_TOKEN_TO_BE_REPLACED