Oct. 24 Board of Aldermen agenda (expanded, annotated and updated)

By: spencerbaldwin
In: Aldermen, Board of Aldermen, Craven County Board of Commissioners, Mayor
With: 1 Comment 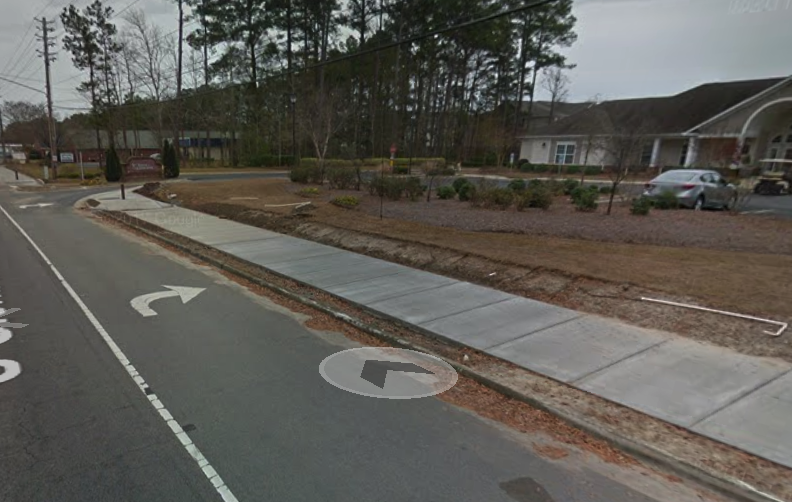 1.  Meeting opened by Mayor Dana E. Outlaw.  Prayer Coordinated by Alderman White.   Pledge of Allegiance.
Randy’s note: Bernard White, who lost his reelection bid, began closing out his term by having his wife of 47 years deliver the opening prayer. Because wives should always have the last word.

Randy’s note: All present, if by all present you mean that aldermen Victor Taylor and Jeffrey Odham were not present. Odham and City Manager Mark Stephens were at a city manager convention. Not sure where Taylor was at.

Randy’s note: Seems like a proclamation for veterans would carry more force if it were located anywhere else in the agenda than the consent calendar. Just saying …

4.  Consider Adopting a Resolution Closing Streets for Berry Merry Christmas.
(Ward 1) Amanda Banks, Event Chair for the Downtown Council’s Beary Merry Christmas, has requested to close the following streets for the identified activities on the dates and times noted:   a) the 200 block of Middle Street on November 24, 2017 from 4 p.m. to 9 p.m. for “Light Up the Season”; b) the 200 block of Broad Street and 300-500 blocks of East Front Street on November 25, 2017 from 4 p.m. to 9 p.m. for the Community Christmas Tree Lighting and Sledding; and c) the 200 block of Craven Street and the “Talbot’s Lot” on December 10, 2017 from 10 a.m. until 5 p.m. for the “Sledding Shopping Sunday” event.  A memo from Matt Montanye, Interim Director of Parks and Recreation, is attached along with a copy of the pre-event questionnaire. (See Backup)

Randy’s note: Come on  … it’s not even Halloween yet …

5.  Approve Minutes.
Minutes from the October 17, 2017 regular meeting are provided for review and approval.

_______
6.  Presentation of Accessible Pedestrian Signs.
Cheri Moyers, President of the Coastal Carolina Chapter of the National Federation of the Blind of NC, will discuss changes in the Manual on Uniform Traffic Control Devices and Americans with Disabilities Act with respect to accessible pedestrian signs at signalized intersections.  Ms. Moyers will be joined by Byron Hood, who will assist with the presentation.  A copy of the PowerPoint presentation is provided. (See Backup)

Randy’s note: The backup link contains some interesting information providing perspective about what it’s like to be blind, and the differences between various kinds of blindness. Ironically, the PowerPoint presentation in the link looks like a black and white photocopy of a photocopy and is, itself, somewhat hard to make out. See story

7.  Consider Adopting a Resolution Approving a Memorandum of Understanding for the FY2017 Edward Byrne Memorial Justice Assistance Grant.
The New Bern Police Department (“PD”) applied for a 2017 Edward Byrne Memorial Justice Assistance Grant (“JAG”), which required no matching funds.  Grant funds have been received in the amount of $11,190 and will be utilized to purchase equipment for the PD’s fitness room.  Since the PD is part of a disparate jurisdiction with Craven County, a Memorandum of Understanding is required to document an agreement between the City and County that the funds will be used solely by the PD.  A memo from Chief Summers is attached. (See Backup)

Randy’s note: Info about Edward Byrne, a New York City policeman killed in the line of duty when he was just 22, and the memorial grant established in his name.

The grant money will be used to buy free weights. Last time I was at a sporting goods store, weights sold for a dollar a pound, so assuming that’s correct, and that’s a big, heavy assumption, they plan to buy more than 11,000 pounds of weights.

8.  Consider Adopting a Resolution Approving a Contract with Tyler Technologies, Inc. for a Financial Software System.
At the Board’s March 24, 2017 meeting, a discussion was held about the City’s current financial software system and the need to consider options for a newer software system that is more efficient and has the ability to integrate with current and future systems.  The Board gave approval for staff to issue a Request for Proposal to seek quotes for a new system.  Krissy Culler, Assistant City Manager, will share a presentation on the proposals received and selection of the desired vendor, Tyler Technologies.  After the presentation, the Board is asked to consider adopting a resolution approving a contract with Tyler Technologies.  A memo from Mrs. Culler and J.R. Sabatelli, Director of Finance, is attached along with a copy of the proposed contract from the vendor. (See Backup)

Randy’s note: Go ahead, I dare you – follow the “See Backup” link and read the 119-page attachment.  See story

9.  Consider Adopting a Budget Ordinance to Establish the ERP Project Fund.
This budget ordinance relates to the previous item and will establish a project fund for the ERP in the amount of $1,250,000.  This project will be funded with debt proceeds.  A memo from Mr. Sabatelli is attached. (See Backup)

Randy’s note: Enterprise Resource Planning, or ERP, is a large-scale software program designed for modern businesses, both large and small. A simple definition is that ERP systems aid the flow of internal business processes and allow for communication between a business’s departments and its internal functions and data. Source

In other words, the system will integrate all the city departments into one system. See story
10. Consider Adopting a Resolution Approving a Declaration of Intent to Reimburse for the ERP Project.
This item also relates to the ERP Project Fund.  Pursuant to IRS regulations, items paid for prior to obtaining a financing agreement require a declaration of intent be adopted prior to or within 60 days of payment of the expenditures to be reimbursed.  A memo from Mr. Sabatelli is attached. (See Backup)
Randy’s note: See story

11. Consider Adopting an Ordinance Amendment for the Neuse Boulevard Phase II Sidewalk Project Fund.
(Wards 2, 4 and 5)  The Neuse Boulevard Phase II Sidewalk Project is now complete, and the project fund needs to be closed out.  The total of the project was $462,770, which was funded with $454,659 from grant proceeds and a transfer of $8,111 from the General Fund.  A memo from Mr. Sabatelli is attached. (See Backup)

Randy’s note: In short, the project is completed and the Board of Aldermen needs to give its final blessing.


12. Consider Adopting an Ordinance Amendment for the Glenburnie Multi-Use Path Project Fund.
(Ward 4) The Glenburnie Multi-Use Path Project is now complete, and the project fund needs to be closed out.  The total of the project was $462,120, which was funded with $457,380 from grant proceeds and $4,740 from the General Fund.  A memo from Mr. Sabatelli is attached. (See Backup)

Randy’s note: This is that project that added extra-wide, multi-use sidewalks along Glenburnie suitable for pedestrians, bicycles, and space shuttle landings should they be necessary.

13. Consider Adopting a Budget Ordinance Amendment for the FY2017-18 General Fund Operating Budget.
This budget ordinance amendment appropriates funds from Public Work’s – Streets to cover costs deemed ineligible by DOT for the Neuse Boulevard Phase II Sidewalk Project in the amount of $8,111 and the Glenburnie Multi-Use Project in the amount of $4,740.  The amendment also appropriates $19,830 from the General Fund to cover costs deemed ineligible by the NC 911 Board, $15,876 to allow for PD’s special operations to attack the opioid epidemic, and it acknowledges receipt of $11,190 in grant funds from the 2017 Edward Byrne Memorial JAG Program for the purchase of fitness equipment at the PD. (See Backup)

Randy’s note: I’ve sent an inquiry to the city for additional information about the $15,876 to attack the opioid epidemic. Here is the response:

Chief Summers is at a conference & I (city public relations director Colleen Roberts) wanted to make sure to touch base with him about the New Bern Police Department budget and your inquiry.  He has responded that the money will be used for special investigative purposes. That is all the detail that can be provided.

Nope
19. Adjourn.
Out in less than an hour

2017-10-21
Previous Post: Sun Journal gets a new ad director, but you wouldn’t know it from its story online
Next Post: A step in the right direction