Not much on tap tonight … but read anyway

By: spencerbaldwin
In: Aldermen, Board of Aldermen, Craven County Board of Commissioners, Mayor, New Bern, New Bern business and commerce
With: 3 Comments 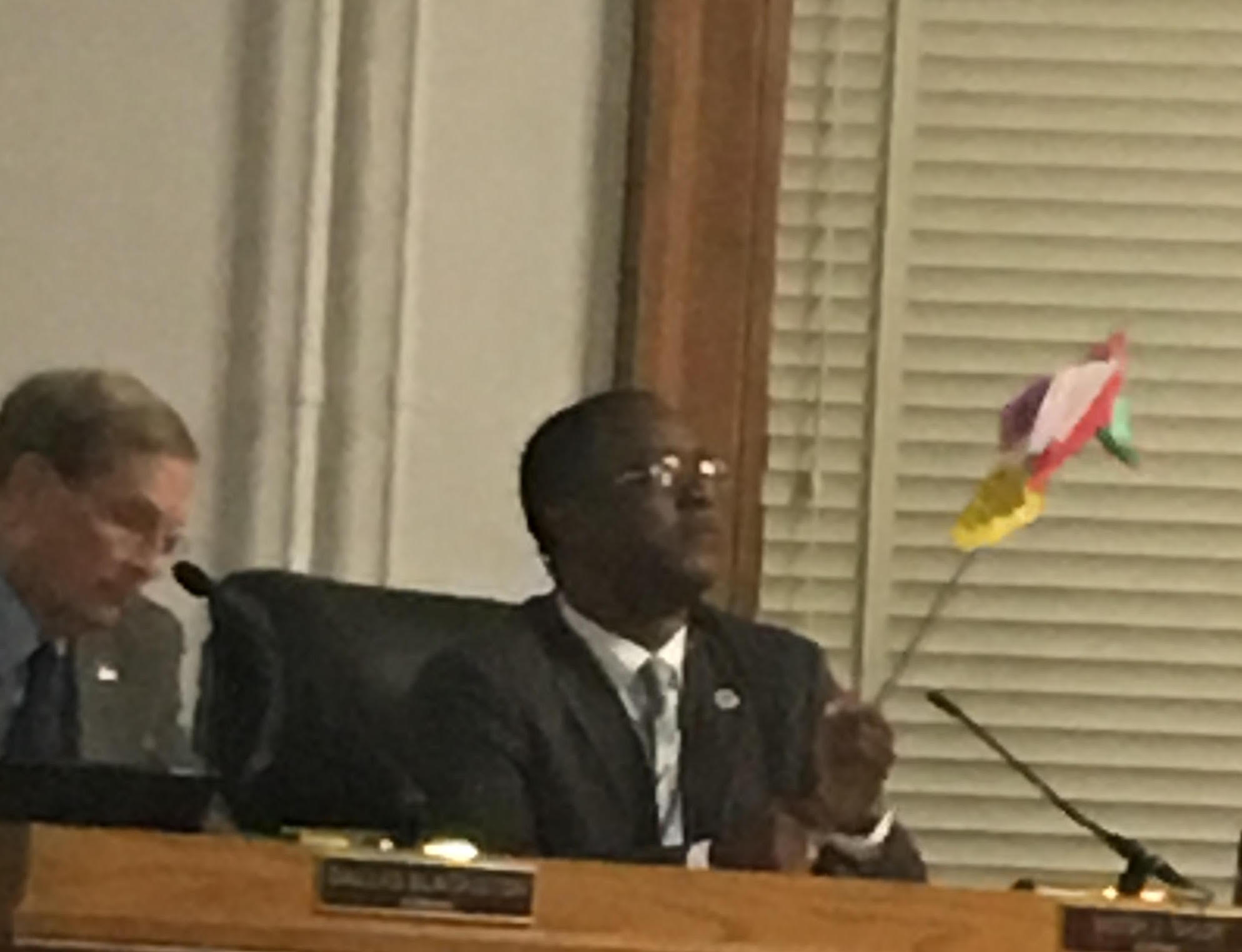 Tuesday was Government and Media Day for Leadership Craven, and Tuesday evening the Class of 2018 attended the New Bern Board of Aldermen meeting.

There have been more interesting meetings, but it was theirs.

It was mine, too, the first board meeting I covered for New Bern Post and the first city council meeting I’ve covered as a reporter in 23 years.

They went easy on me.

Victor Taylor, Ward 2, who chose not to run for reelection, brought up an item off-agenda: the unsafe driving situation where Dr. Martin Luther King Jr. Boulevard merges with Neuse Boulevard brought about by shrubbery.

The city Public Works Department trimmed the shrubs (bulldozed them would be a better description, figuratively if not literally), opening up sight-lines at a turn lane that had been made unsafe by a blind spot.

The city plans to plant landscaping better suited to the site, but it’s a temporary fix. There are plans to convert the intersection into a traffic circle in a couple of years.

Meanwhile, City Manager Mark Stevens sent out a teaser, announcing the city and the N.C. DOT are in negotiations for the city to take over maintenance of Old Airport Road in exchange for “a considerable sum of money.”

Your booze money at work

Craven County ABC, whose mission is to serve the entire county responsibly by controlling the sale of booze while promoting customer-friendly, safe, modern and efficient stores, presented to the city a check for $14,654 (adding up to $68,592) for its share of liquor sales proceeds.

Craven County ABC expects to make $10.3 million in liquor sales this year (Craven Count ranks 27th in the state in population but 21st in sales … !).

Starting this fiscal year, 7 percent of its sales is required to support anti-underage drinking and anti-opiate campaigns for Craven County Social Services.

Craven County ABC closed its Havelock West store in February, but it looking to relocate and expand stores in James City (because a planned freeway expansion is expected to cut business at the existing store) and on Glenburnie Road when Harris Teeter moves to a new shopping center between the MLK and Trent Road. Formal announcements are expected later this month.

The CCABC also plans to spruce up each of its existing stores by adding themes relevant to their locations: Downtown New Bern will have a 1920s tavern theme; Vanceboro will have an agriculture theme; Havelock will have a Marine Corps theme; and so on. The project is expected to take five years to complete.

Craven County ABC sales have been increasingly steadily since 2003. In fiscal year 2007, for example, sales came out at just over $7 million, compared to projected sales of $10.3 million this fiscal year.

Dallas Blackiston: The city’s Parking Plan Advisory Committee is expected to release its recommendations for downtown parking and call for a public hearing. (Background: Previous discussions have included parking meters throughout downtown and a multi-story, multi-use parking structure across from city hall.)

Victor Taylor: Advice to residents hauling waste to the curb for the city to pick up: If the city doesn’t pick it up, but instead leaves a flag, read the flag’s instructions on how to proceed.

Advice to candidates: Pick up your signs. You had three days to get them up but Taylor counted at least 20 still littering the shoulders of Country Club Road.

“It should not be the responsibility of the city to go pick up campaign signs. … If you lost, I am sorry. If you won, congratulations. But go pick up your signs.” — Victor Taylor

E.T. Mitchell: She didn’t run to keep the Ward 3 seat to which she was appointed. She nominated Ward 6 Alderman Jeffrey Odham to take her seat on the Metropolitan Planning Organization; he was voted in unanimously.

Johnnie Ray Kinsey: Nothing to add.

Bernard White: He too has a seat on the MBO that will need to be filled. White lost his re-election bid.

Jeffrey Odham: Expressed concerns about dogs at MumFest. Despite a ban, one person had two or three pit bull terriers, at least one of which was muzzled. Another person had a baby carriage full of chihuahuas.

“I saw quite a few dogs. I have nothing against them. I have a dog, believe it or not.” — Jeffrey Odham