By: spencerbaldwin
In: Community
With: 0 Comments 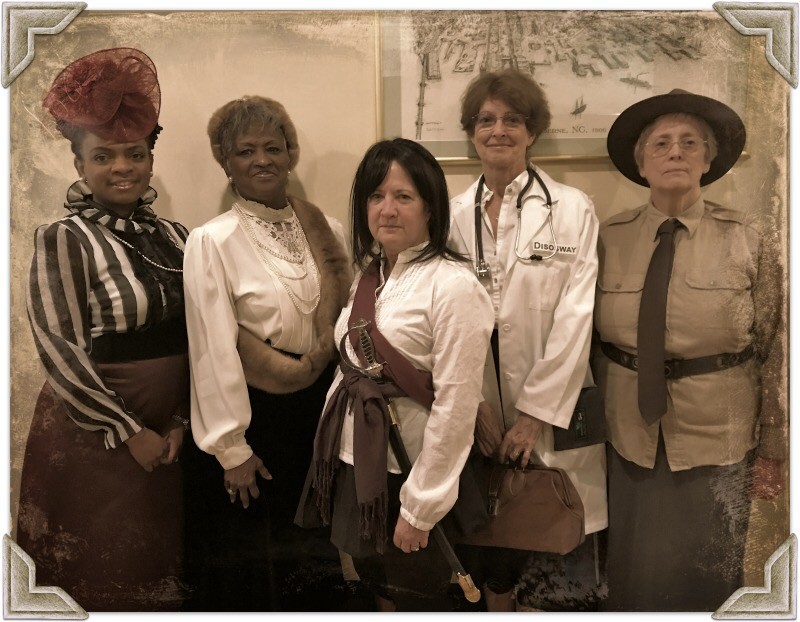 An encore presentation of Ordinary Women, Extraordinary Deeds will be presented at the Craven County Library on Johnson Street at 3 p.m. on Sunday, April 22. This event was so overwhelmingly popular that the New Bern Historical Society is bringing it back by popular demand.
This program features a visit from five remarkable women from New Bern’s past. Some will be familiar, others may surprise you. From the 19th and early 20th centuries, and varied walks of life, these women have fascinating stories that you’ll want to hear:

These characters will tell you how, while they considered themselves ordinary women, they left an extraordinary legacy in New Bern. Five local actors, under the direction of Jane Maulucci, will portray these women. No reservation is required for this free event, but early arrival is strongly recommended.
Executive Director, Mickey Miller said, “As we discussed these remarkable women we knew it would be a wonderful program, but we were amazed that it sold out two weeks ahead of time.  Don’t miss this second opportunity, make plans to arrive early!”
The mission of the New Bern Historical Society is to celebrate and promote New Bern and its heritage through events and education.  Offices are located in the historic Attmore-Oliver House at 511 Broad Street in New Bern.  For more information, call 252-638-8558 or go www.NewBernHistorical.org or www.facebook.com/NewBernHistoricalSociety.