By: spencerbaldwin
In: Board of Aldermen, New Bern, New Bern business and commerce
With: 2 Comments 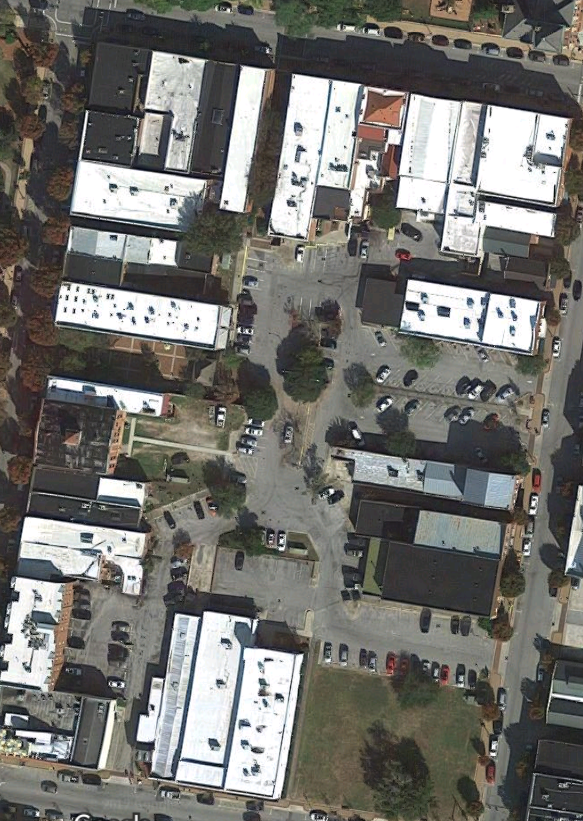 One item on the Master Parking Plan Advisory Committee draft list of recommendations that didn’t make the cut on Tuesday is euphemistically called “Trash Plaza.”
Bear Plaza, the cozy, charming stretch of narrow open space that starts on Middle Street, comes to an abrupt end at Trash Plaza. 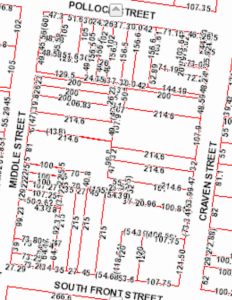 The area doesn’t have a formal name, and consists of a meandering parking lot punctuated by concrete islands, random shrubbery, garbage cans, and the faint aroma of bat guano — all owned by something like 14 people or entities (see Craven County GIS map, right).

“The MPPAC (or, advisory committee for short) recommends the BOA (or, Board of Aldermen for long) allow the City Manager and City Attorney to work with the MSD (Municipal Services District) and Swiss Bear (Downtown Development Corporation … come on, city staff, write in full sentences — PLEASE) to continue finalization of a development plan for ‘Trash Plaza’ as well as drafting of necessary legal easements to work toward improvements to ‘Trash Plaza.'”

While the committee won’t include this recommendation in its report to the Board of Aldermen, for now at least, it is highly likely that work will continue even without the committee’s recommendation.
City Manager Mark Stephens said one goal for the project is to extend Bear Plaza so that it connects Middle and Craven streets. Other goals are to reorganize the parking plan and improve landscaping and over-all aesthetics. 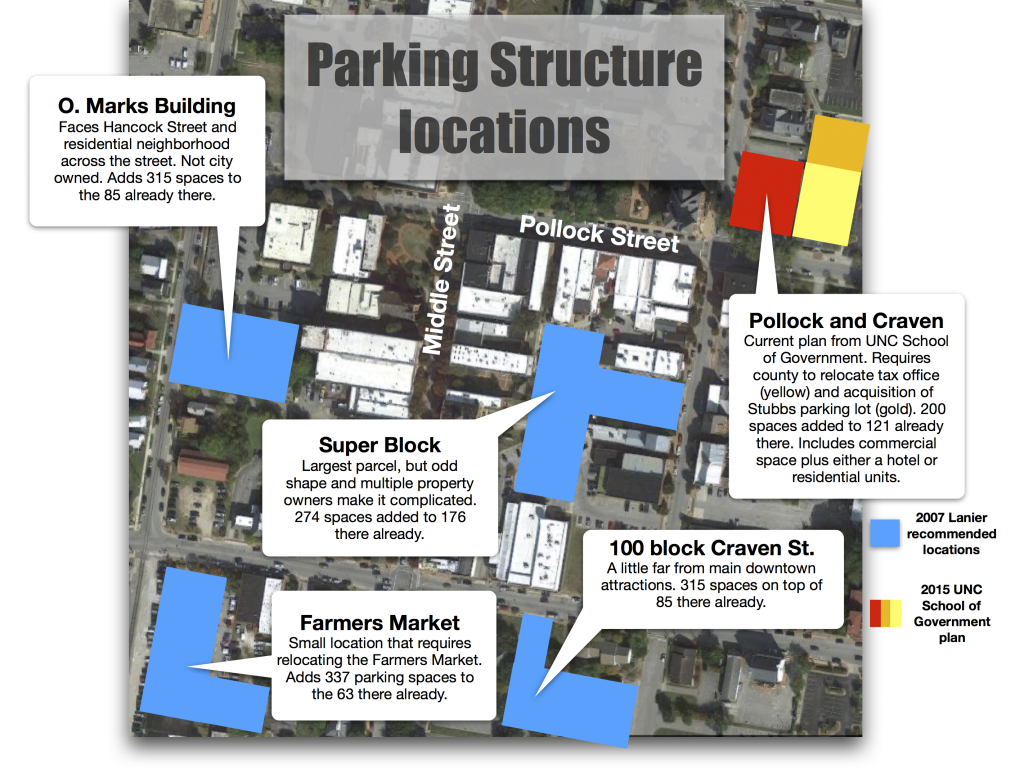