Alderman Bengel is having a very good January

By: spencerbaldwin
In: Aldermen, Board of Aldermen
Tagged: Ah
With: 0 Comments 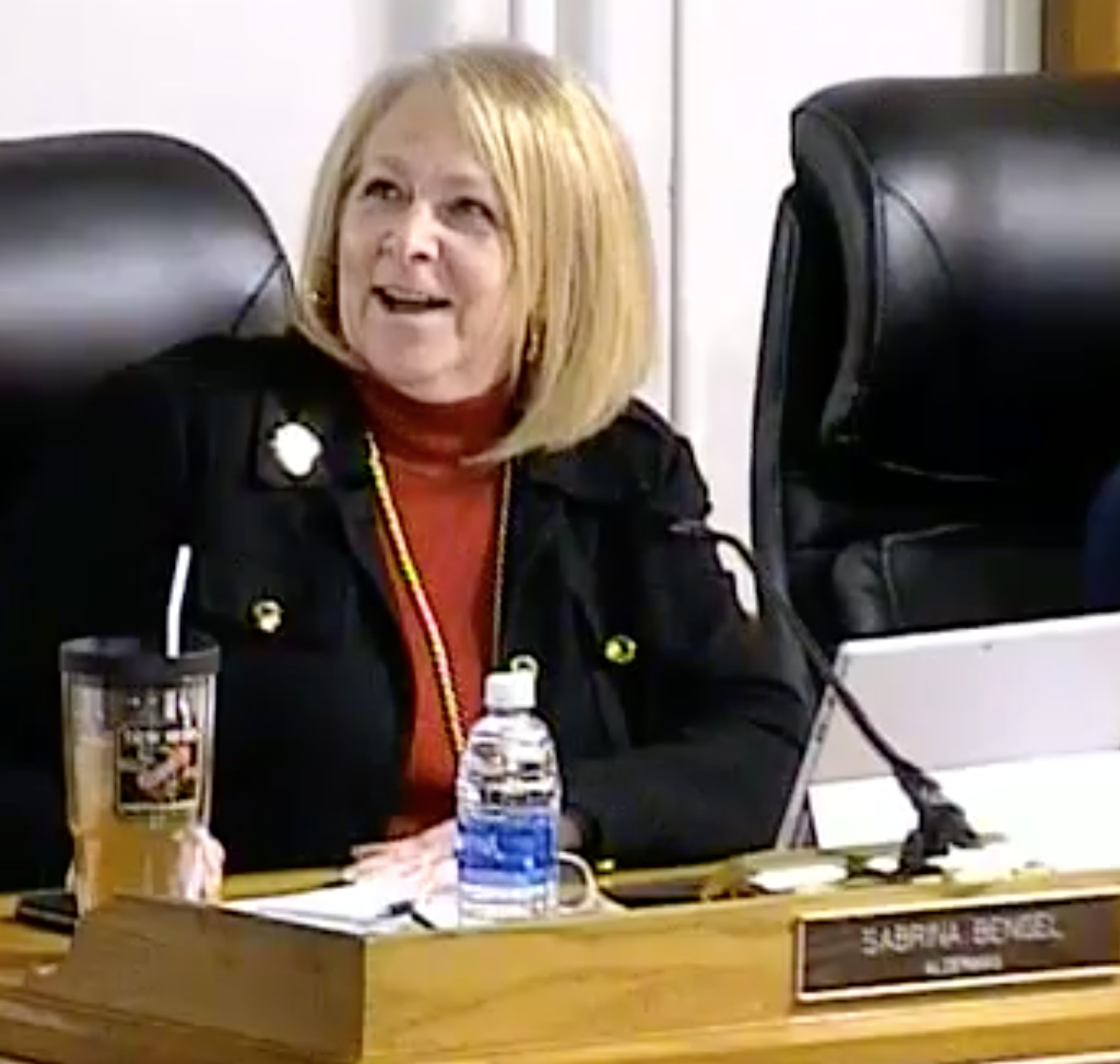 Ward 1 Alderman Sabrina Bengel watches a television monitor on which former governor Pat McCrory was announcing he had named her to the Order of the Long Leaf Pine.

The Request and Petition portion of the Board of Aldermen meeting took an unusual twist on Tuesday evening when it was announced an alderman had been the recipient of the Order of the Long Leaf Pine.
Following several citizens who spoke on subjects ranging from naming rights on fire engines to plans for First Street, downtown businessman Buddy Bengel took the microphone to announce that Sabrina Bengel, his mother, had received the award.
The award was given as one of former governor Pat McCrory’s last official acts. He announced it in a pre-recorded video that was played at the aldermen meeting.
“Your heart and your soul are all about the community,” McCrory said.
Former governor Bev Perdue, in a written statement, said the selection was well-earned.
As she watched the video of McCrory making the announcement, Bengel, who was clearly unaware this was going to happen, said simply, “Oh my goodness gracious.”
Alderman Bobby Aster, another Long Leaf Pine recipient, escorted Bengel to the podium to receive her award. Other members of the board offered their congratulations before the meeting resumed.
According to the Long Leaf Pine Society, the award is among the honors and awards the governor of North Carolina can bestow, but none is more valued than The Order of the Long Leaf Pine.
“Since its creation in 1963, it has been presented to honor persons who have a proven record of service to the State of North Carolina or some other special achievement, and to others as a gesture of friendship and good will. Upon being named to The Order of the Long Leaf Pine, the honoree receives a certificate by which the Governor confers upon the recipient “…the rank of Ambassador Extraordinary privileged to enjoy fully all rights granted to members of this exalted order among which is the special privilege to propose the following North Carolina Toast in select company anywhere in the free world:
‘Here’s to the land
of the long leaf pine,
The summer land
where the sun doth shine,
Where the weak grow strong
and the strong grow great,
Here’s to “down home”,
the Old North State!”