Let’s acknowledge the woolly mammoth in the room 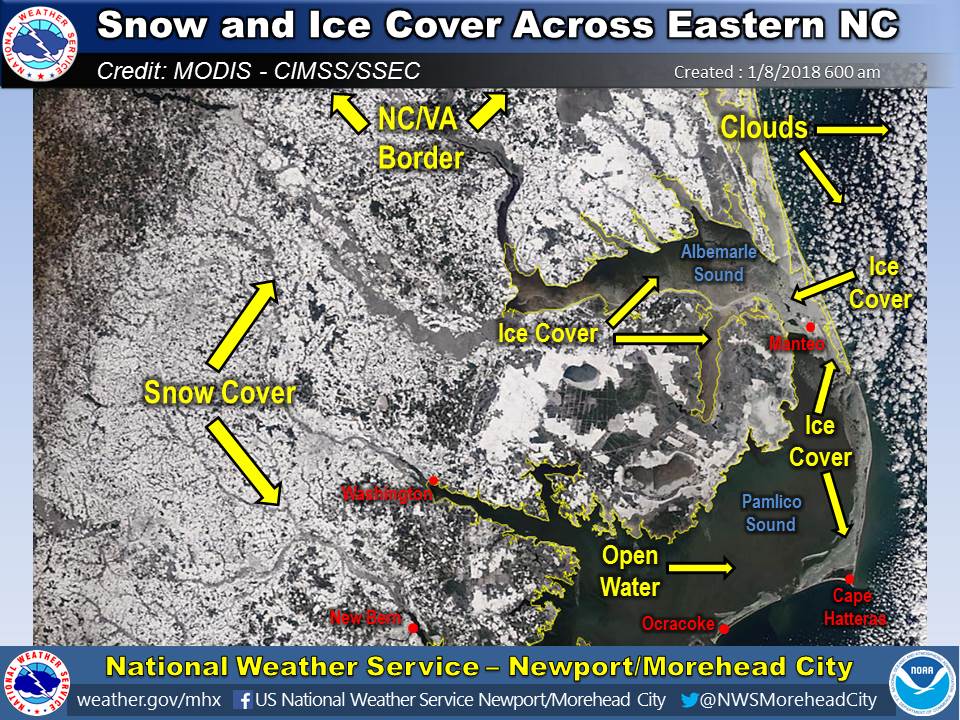 Things are getting back to normal now that the holidays are behind us. Just kidding. 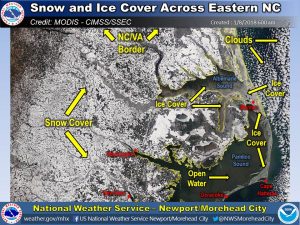 With snow and ice still blanketing the region, it’s like having an extra week off for the Christmas break. Schools have been closed since Jan. 3 and were closed again today. So much of New Bern was shut down last week, it nearly felt like Christmas Day.
According to the National Weather Service, New Bern officially received 6 inches of snow overnight between Jan. 3 and Jan. 4. Breezy conditions created deep drifts in places, and sub-freezing temperatures kept the snow fresh and froze what was left, making traveling difficult.
Still, some locations, including Sonic and Piggly Wiggly, were braving the weather on Jan. 4 and serving needs. Mail delivery was spotty, however, and many businesses reduced hours or didn’t open at all. 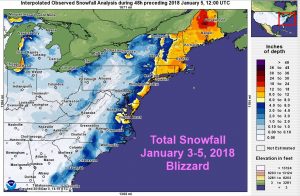 There was enough snow that sledders had more than enough throughout the weekend and into Monday at the U.S. 70/Country Club Road interchange and at Glenburnie Park.
The ice got so bad, at least one U.S. 70 offramp had to be closed due to hardpack ice, and power was temporarily lost to the city’s emergency command center for a time on Thursday. Still, city officials worked overtime and staged equipment on all sides of the rivers to ensure all sections of the city received as much attention as possible.
Still, Valerie Noel Perry, a Craven Street resident, was not a fan of the city’s handling of this snow event.
Circumstances resulted in her making two visits over the past few days to the CarolinaEast Medical Center Emergency Room, which she described as packed. Crossing the street to Walgreens to fill a prescription, she found it closed. Crosswalks and sidewalks were coated with ice and left untreated.
Minor streets were covered with ice for days, and even several major streets were still covered with ice by the weekend. Even during the New Bern Post’s interview with her on Monday, while she was a passenger in a car, there was an ice-related crash right in front of her on Dr. ML King Jr. Boulevard in front of the IHOP restaurant.
Frustrated by responses she heard during calls to Mayor Dana Outlaw, City Manager Mark Stephens, and her alderman, Sabrina Bengel, Perry got on the phone with Raleigh, starting with the Governor’s Office and working her way down.
She even requested the N.C. National Guard be mobilized.
“I’m outraged by what mayor said,” Perry said. First, the phone number listed on the city website was inactive and she had to track down the mayor through his grandson. When she suggested the city lay down sand to improve traction on streets and sidewalks, she said Mayor Outlaw had not heard of such a measure.
Perry said she is a retired lawyer from Boston who has lived in New Bern for a year and that she loves New Bern, but does not like how it has responded to this emergency.
“Snow and ice shouldn’t be a tragedy,” she said.