By: spencerbaldwin
In: Aldermen, Board of Aldermen, Mayor, Planes Trains and Automobiles
With: 0 Comments 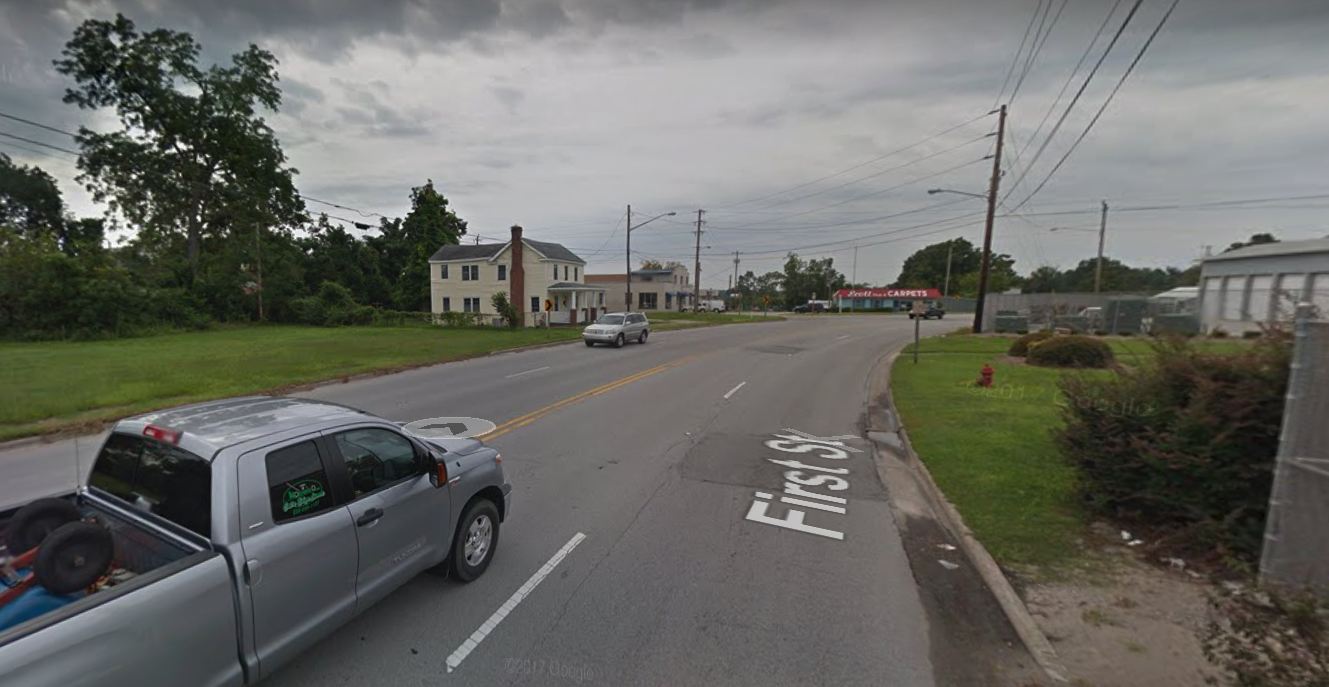 Two gateways into downtown New Bern are going to look a lot different within the next year or so.
First Street, which is also N.C. 55, is going to be reconfigured from four lanes (two in each direction) to two traffic lanes and a center turn lane. Sidewalks will be added as well as bike lanes on both sides of the street. City aldermen approved the plan at their meeting on Tuesday night.
Meanwhile, a traffic circle is proposed to replace the Y-intersection at Neuse and Dr. Martin Luther King Jr. boulevards. That project could begin in October.
Both plans have controversial predecessors on Broad Street, where a traffic circle and a so-called “Road Diet” have had mixed success.
Broad Street, which was once U.S. 70 and along the main route from inland to Atlantic Beach and Pamlico County, was converted from four lanes to two back in 2009. A traffic circle was added not long before that at the intersection of Broad and East Front streets.
The reduced lane count has caused traffic problems on Broad Street, and short left-turn pockets have rendered left-turn traffic signals mostly useless. But unlike the First Street Road Diet plan, Broad Street does not have a center turn lane. Engineers say that center turn lane will make all the difference by getting left-turning cars out of the way of through traffic and improving safety.
First Street is notoriously unsafe the way it is presently configured, and traffic accidents occur several times a week.
The traffic circle at the end of Broad Street is too small to allow tractor-trailers to safely use it, whereas the traffic circle planned for the Neuse/MLK intersection will be built to accommodate bigger vehicles and more traffic.
Still, the First Street Road Diet plan was approved by some aldermen who felt they had little choice, particularly Ward 1 Alderman Sabrina Bengel.
The First Street project is one in a long list of improvements along that gateway corridor intended to check a lot of boxes, and is the linchpin for state and federal funding for some of them.
Adding sidewalks and bike lanes will enable people without cars easier access to an ever-improving Lawson Creek Park and the Volt Center on First Street.
The Volt Center, a collaboration between the city of New Bern and Craven Community College, is located in the old city electric plant and warehouse facility, and will be used for training courses in skilled trades including plumbing, carpentry, heating and air conditioning, small engine repair and electrical work. Classes are set to begin in late spring 2018.
Meanwhile, as reported in the Sun Journal, an N.C. Department of Transportation public meeting to discuss a future traffic circle at the intersection of Neuse and Dr. M.L. King Jr. boulevards has been scheduled for Feb. 8 at the Grover C. Fields Middle School.
NCDOT proposes to replace the Y-intersection with a traffic circle that, according to New Bern Metropolitan Planning Organization (MPO) director Kim Maxey, will improve traffic conditions near CarolinaEast Medical Center.
“We thought that intersection is a little awkward with the number of lights and access to medical personnel,” she told the Sun Journal.
The informal meeting will be 5 to 7 p.m. in the school’s auditorium. NCDOT representatives will be there to answer questions and receive public comments.

2018-01-24
Previous Post: Board of Aldermen Jan. 23 agenda, with results
Next Post: Stink hole near sewer plant costs city nearly a half million