Dacey went for the gold, got the bronze

By: spencerbaldwin
In: Politics, State politics
With: 0 Comments

Editor’s note: This article in its original form contained erroneous information about N.C. Rep. Michael Speciale. That information has been removed. In notifying the Post about the error, Speciale said, “I raised $28,339.33 for the 2018 elections. I have no idea where you got that number, but I do not find it on your link. The information is incorrect, your comments call my integrity into question, and I ask that you remove this article and your comments … .”

Dacey gave up his seat on the Craven County Board of Commissioners in a quest to unseat U.S. House of Representative District 3’s longtime, wacky Walter Jones.

Instead, Dacey came in a distant third in a three-man race. Dacey wasn’t even able to win his home county, losing to Jones by nine votes.

Dacey describes himself as a Trump Republican, so much so that his campaign website is DaceyTrump.com. 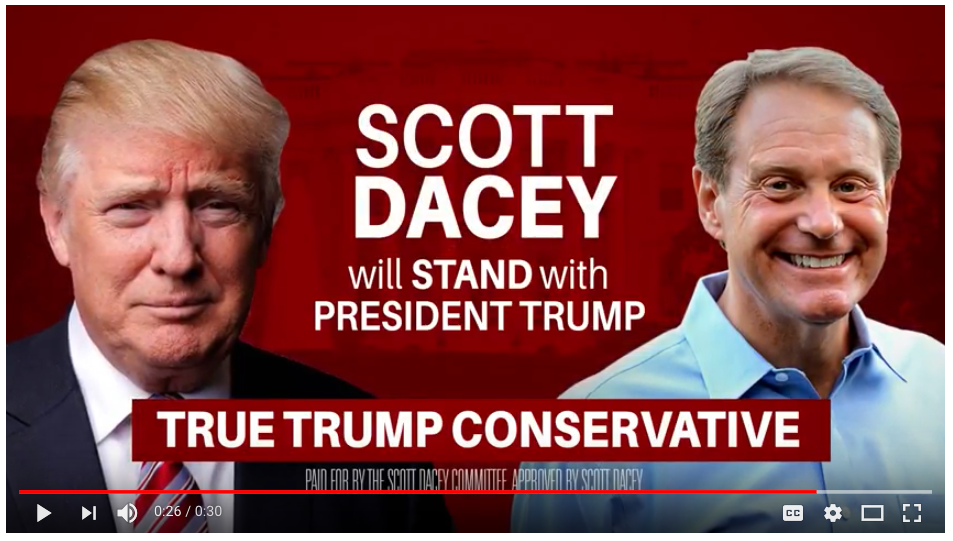 Dacey attempted to connect Jones, one of the higher-rated congressional conservatives from a variety of conservative rating systems, with Democrat congresswoman and conservative pariah Nancy Pelosi. 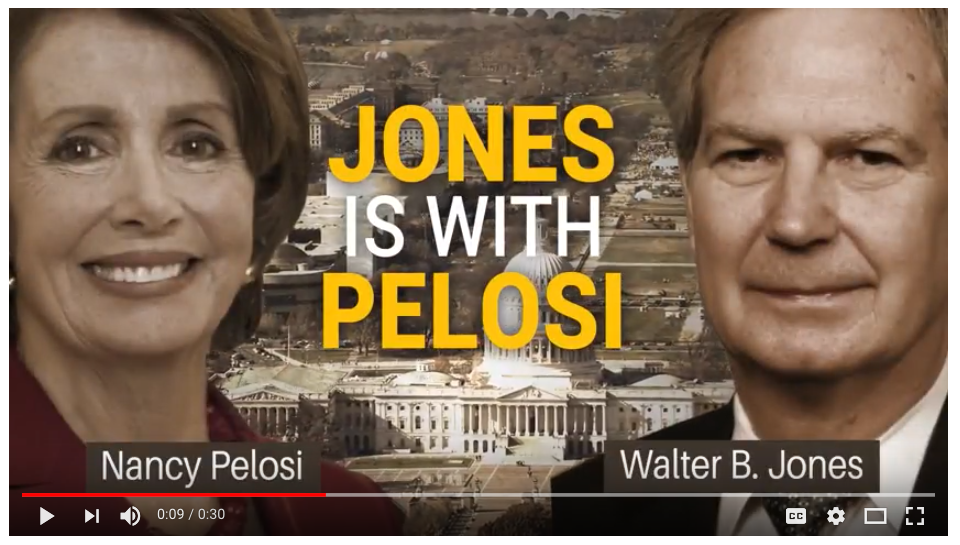 (See Dacey’s somewhat creepy campaign video here and watch him speak without moving his lips at the end.) 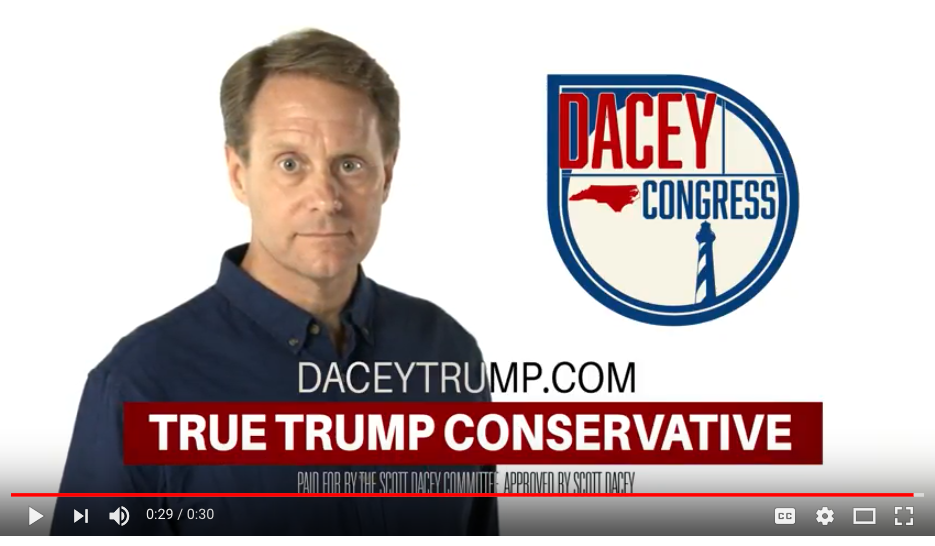 “Our President needs a congressman he can count on,” Dacey proclaims on his website, which between it and his campaign was heavily funded by donations from outside the district (list here)

Dacey’s “donate” button is labeled “Donate to Scott’s MAGA fund.” He received numerous donations from the Indian tribes that he serves in his day job as a Washington D.C. lobbyist.

Dacey claims on his website that Congress and the Washington establishment are the problem, and that Walter Jones is part of the problem.

Anyone who would think of Representative Walter Jones as part of the Washington establishment is deluded. Jones transcends party politics and remains one of the few members of Congress on either side of the aisle who will vote his conscience and his district’s needs over party politics.

Dacey? Not so much.

Dacey’s strongest showings were in Jones and Lenoir counties, where he came in first. Law won his former home county of Onslow (he lives in Raleigh now). Jones took the remaining 14 counties, most significantly Carteret, Pitt and Craven counties, which pulled in the highest numbers.

No Democrat filed to run for the office, so absent a strong write-in campaign, Walter Jones keeps his seat. He has vowed that this will be his last term.
Meanwhile, E.T. Mitchell, a former appointee to the New Bern Board of Aldermen, has won the Republican primary for Dacey’s old seat on the Craven County Board of Commissioners. There is no Democrat in the race, so again, absent a write-in campaign, she will take over for Dacey after the November elections.

2018-05-09
Previous Post: Public hearing today for how city will spend your money
Next Post: Random thoughts on Tuesday’s primary