By: spencerbaldwin
In: Events, Marines
With: 0 Comments

Allies for Cherry Point’s Tomorrow (ACT) will host the 3rd Annual Brews & Bites on Friday, April 27 from 5-10:00 p.m. The event will be located at the end of Broad Street beside the Neuse River, and will feature good music, great food, craft beer and wine.
Attendees will enjoy a beautiful evening on the river’s edge sampling unique local craft brews and delicious offerings from area food trucks. As an added bonus this year, guests will experience great live music from local band Hot Buttered Grits.
Brews & Bites was created as a community event to raise awareness for ACT’s efforts to protect and grow Cherry Point Marine Air Station — this area’s largest economic engine and the largest employer in Craven and Carteret counties. All proceeds will benefit continuing efforts to cement the successful future of the base, which includes the next-generation F-35B Lightning II.
“When organizing the event, we want to make sure that we call on area businesses to highlight the importance of the base to our economy,” said Will Lewis, President of ACT and Havelock mayor. “Without the base, our local economy would suffer an annual loss of over $2 billion and that would be crippling.”
With the new F-35 Joint Strike Fighter program, Cherry Point is poised for positive growth, but that could change at any given time. ACT will continue to advocate for MCAS Cherry Point, FRC East and its civilian enterprises, and counts on the community’s support for continued success.
Tickets for the event are $35 per person for general admission, which includes a commemorative tasting glass and drinks from our craft brew selection. VIP tickets are available for $50 per person and include early access at 4:00 p.m., one-off/limited beers not available with general admission, a commemorative tasting glass, and extra swag. To purchase tickets online, visit www.alliesforcherrypoint.com.
Allies for Cherry Point’s Tomorrow (ACT) advocates for the existence and success of Marine Corps Air Station Cherry Point, Fleet Readiness Center East and its civilian enterprises. Board members include leaders from Craven, Carteret, Pamlico, and Jones counties who work closely with Congressional and legislative delegations to push for laws and budget appropriations that will help preserve and grow MCAS Cherry Point—a base crucial to the success of the U.S. military and the economy of the region. 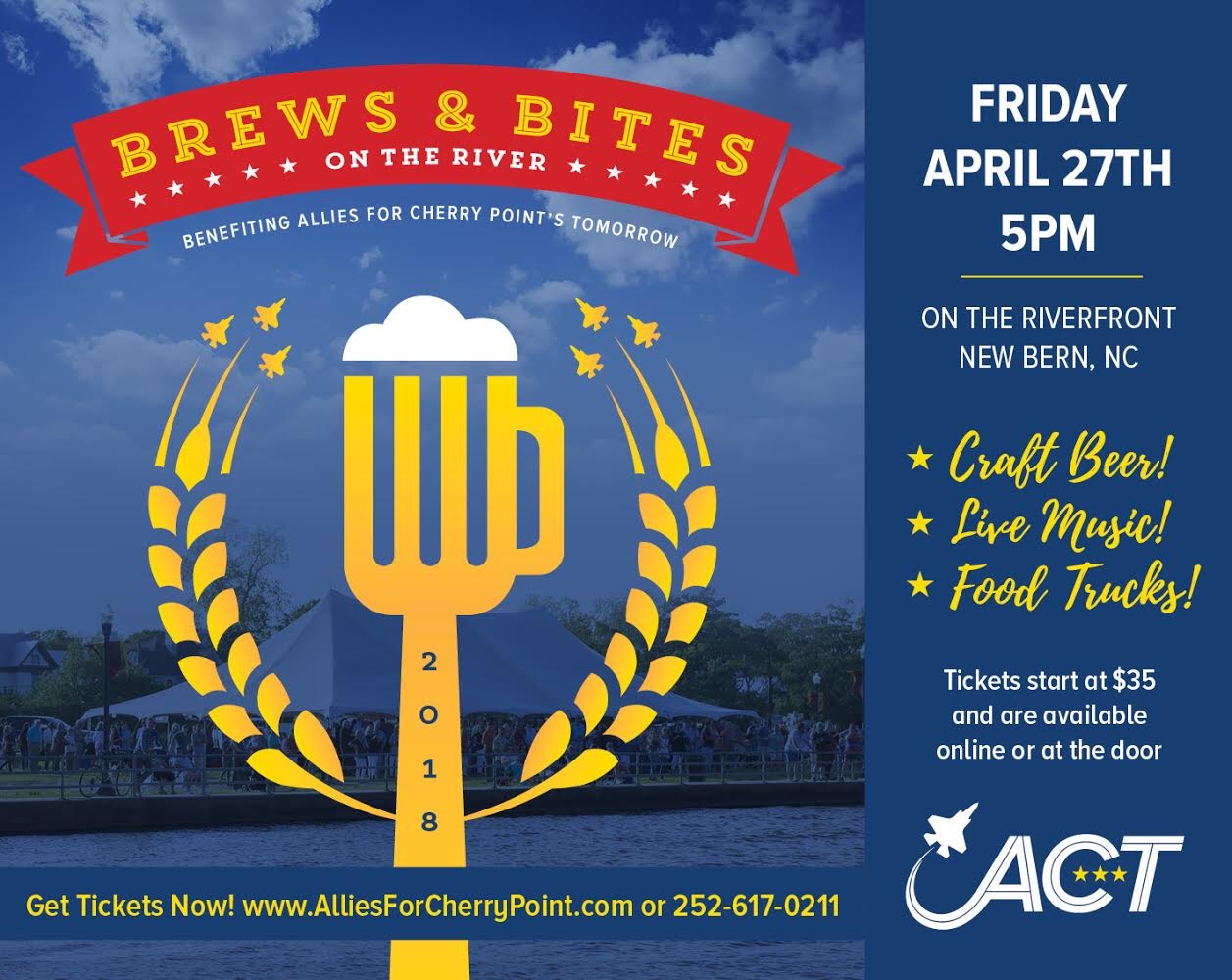 2018-04-20
Previous Post: April 24 Board of Aldermen agenda with links
Next Post: Mike Speciale vs. “A lady by the name of Tyker Gonzales”