By: spencerbaldwin
In: Aldermen, Board of Aldermen, Mayor
With: 4 Comments 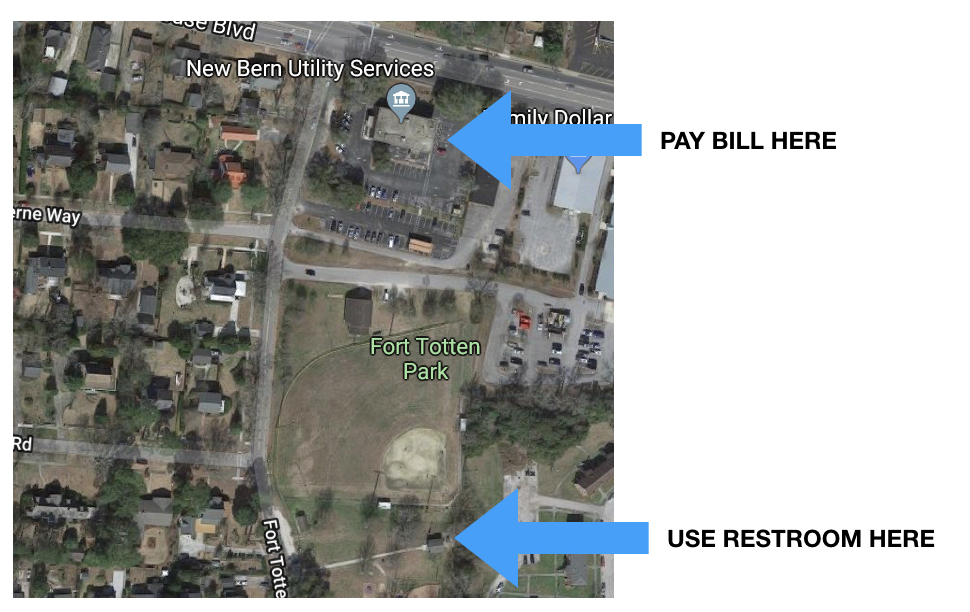 I’ve never been a fan of how the city charges exorbitant fines, fees, and deposits on electric utilities customers who are least able to afford it.
Then I sat in on a PowerPoint presentation by JR Sabatelli, the city’s finance director, and I was nearly persuaded.
I think several aldermen planned to come out of Wednesday’s special meeting of the Board of Aldermen with the deposit policy cancelled. But that didn’t happen. Sabatelli did that good a job making his points. Rather than trashing the policy, aldermen directed city staff to find ways to be more customer friendly.
But being a CPA, Sabatelli was perhaps a little tone deaf about a few certain things.
He said that prior to changing its utilities billing policies in 2013, the city had a “culture of finding ways to say yes.”
That meant that folks who found themselves stumbling to pay their light bills could walk out of the utilities office on Neuse Boulevard with a payment plan and very little in the way of penalties.
“This is a culture we do not want to return to,” Sabatelli said.
The financial impact of whether the city goes back to its old way of doing things, or continues with its new, non-customer friendly way of doing things, is about a wash. You heard me right: It is revenue neutral (with one caveat that I’ll get into later).
But Sabatelli’s presentation started on one note and ended with another. The city received a three-star rating from an organization that grades cities on such things before it implemented the new plan. Once it implement more punitive measures on people late paying their bills, the city got a four-star rating.
I’m so glad to hear that the city got one extra star, and all it took was putting low-income families at grave financial risk.
That’s not all.
Earlier this year, during a weeks-long cold snap when the daily high temperatures were in the single digits, aldermen were being made aware of the high electric bills their constituents were seeing.
Aldermen specifically asked Sabatelli if there would be some consideration for customers given the unusual nature of this weather event. He said there would be.
Turns out, not so much.
One resident told her story to aldermen during their Wednesday workshop.
By the time the weather started warming up, she, a therapist, and her husband, a carpenter, with two kids including one in college, faced a utility bill of $1,300.
He went to the city utilities office to see if he could work out a payment plan, and was told that to do so would trigger a deposit … of around $1,300.
Instead, he withdrew money from his 401(k) (taxed and assessed a penalty for early withdrawal) to pay the bill.
The next bill he received reflected his payment, but included an extra $1,300 — the charge for a deposit.
That’s not the only customer service nugget (or shall I say, turd) that came out of Wednesday’s meeting.
We also learned that the utilities office officially closes at 5 p.m., but locks its doors at 4:45 p.m. There is a doorbell and an intercom, utility staff offered, helpfully.
At an earlier meeting, we learned that the utilities office no longer has public restrooms, and staff directs members of the public to the restroom at Fort Totten Park, about 100 yards away, across a ball field.
OK, I got that all off my chest.
Now mind you, these are all good people, Sabatelli and the folks who work at the utilities office. They’ve even won two customer service awards, one last year and one this year, and participate in parades and festivals.
The city’s policies regarding utilities payments, fees and fines has saved the city money in other ways. City staff saved hundreds of hours because they aren’t working on payment plans nearly so often, and because the number of electricity cutoffs and restarts has been dramatically reduced.
But I would put forth that there are some things it might do that would be more customer friendly and still earn the city its coveted fourth star.