Alderman ET Mitchell is running … just not for alderman

By: spencerbaldwin
In: New Bern
With: 2 Comments 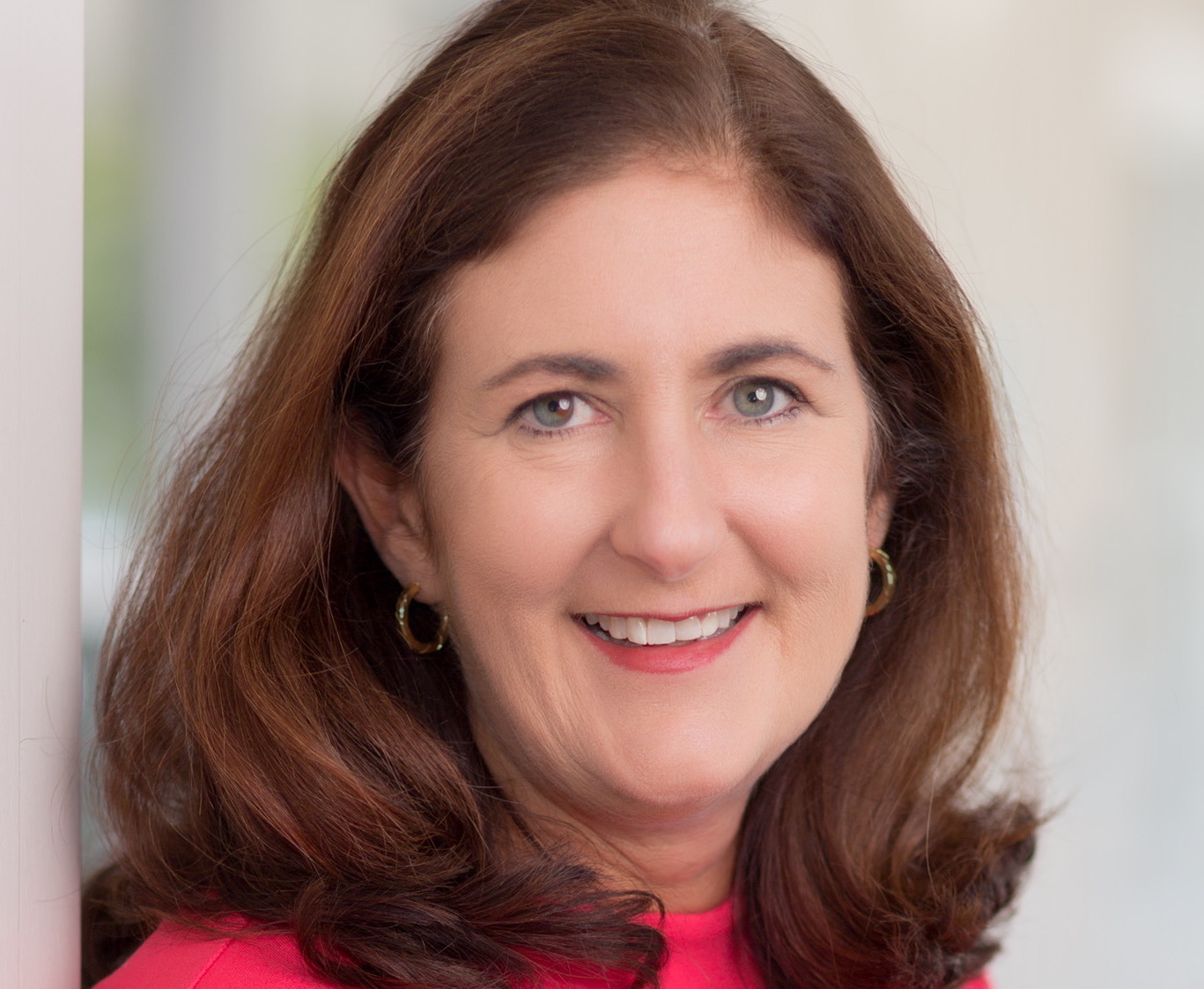 New Bern Ward 3 Alderman ET Mitchell says she is running for the District 4 Craven County commissioner seat that Scott Dacey is giving up in his run for Congress.
Mitchell said she would be a “voice of reason and common sense” on the Craven County Board of Commissioners.
She joins Trent Woods Town Commissioner Billy Joiner in the District 4 race.
Unofficial word of Mitchell’s candidacy has been spreading for about two months now. In fact, on my last day as executive editor at the Sun Journal on on Oct. 13, I alerted reporters there to keep an ear out for her announcement along with Joiner’s. Those arrived to the Sun Journal mailbox about a month later.
Being new and relatively unheard of, the New Bern Post (aka, me) requested the news releases after I read the story in the Sun Journal (subscribe to the Sun Journal and keep it strong. Link). I am planning to do a story about Joiner once I get his news release, but here is a stub story in the meantime.
Mitchell was appointed to the New Bern Board of Aldermen in 2016 to replace Pat Schaible, who resigned in 2016. Mitchell’s appointment to the Board of Aldermen was over the objections of many Ward 3 residents who backed retired New Bern fire chief Bobby Aster.
Mitchell did not run in the October municipal elections and Aster wound up winning the seat without opposition.
Mitchell called her short stint on the Board of Aldermen “extremely productive,” and claims her “leadership helped ensure board approval” to widen and resurface three major streets, a $1.5 million project to begin repairs to the city’s aging storm water system, the installation of warning lights and the re-design on a dangerous intersection on U.S. 70, the razing of the Days Hotel, and construction of a $30 million shopping center on Dr. Martin Luther King Jr. Boulevard — all without raising taxes.

Of course Mitchell had help; she was just one of seven votes on the board, and many of the projects she cited had been in the works for some time before she took her seat on the board. 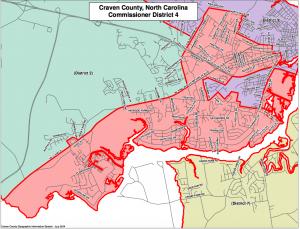 Craven County District 4 (map, left) is a mostly affluent, mostly residential district that encompasses the Olde Town section of New Bern where Mitchell has lived with her husband, retired corporate CEO Champ Mitchell, since the two retired to New Bern in 2009. The district includes the New Bern Mall area and the commercial corridor along the south side of Dr. Martin Luther King Jr. Boulevard/U.S. 17. 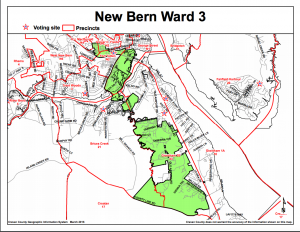 Where District 4 and Ward 3 differ is that District 4 heads west, taking in Trent Woods and River Bend but excluding Pembroke, whereas Ward 3 heads south, includes Pembroke, and takes in Taberna and Carolina Colours (map, right).
From her submitted bio:

Etteinne “ET” Mitchell wants to continue to serve Craven County just as she has served the citizens of New Bern, and once, served her country. ET was appointed to fill an unexpected vacancy on the New Bern Board of Alderman in mid-2016, and her year and a half serving as Alderman for the 3rd Ward was extremely productive. In less than 18 months, ET’s leadership helped ensure Board approval to widen and resurface 3 major roads, a $1.5 million project to begin repairs to the City’s collapsing storm water system, the installation of warning lights and the re-design on a dangerous intersection on US70, the tear-down of the Days Inn, and Columbia Development’s construction of a $30 million dollar shopping center on US17 – without raising taxes.

ET’s life has always been about service. Since retiring to New Bern in 2009, ET has focused on local and State issues that impact her new Forever Home. She was appointed to North Carolina’s Military Affairs Commission and the Veteran’s Affairs Commission due to her experience as an Active Duty Naval Officer and her family background. ET is the daughter of a career Air Force officer who was seriously wounded when he was shot down in Vietnam; her 90% disabled father lives in New Bern now as well. ET and her husband were recently appointed the Board of Visitors for the Lineberger Cancer Research Center at the University of North Carolina due to their strong advocacy for better cancer care for all North Carolinians.

At the local level, ET has served in leadership positions on the Boards of Directors of Twin Rivers YMCA, the Craven Community College Foundation, the New Bern Preservation Foundation, and the Craven Literacy Council. As Chair of the New Bern Housing Authority’s Board of Commissioners, and as subsequent Chair of an affiliated non-profit, she re-structured and modernized an $14 million dollar agency. ET’s leadership was instrumental in ensuring that several hundred New Bern families can live in safe, modern apartments thru the largest renovation of public housing units in North Carolina to date.

Her husband, retired CEO W. G. Champion Mitchell has been equally active in community affairs, serving on the North Carolina University system’s Board of Governors, the Aquarium Foundation, the Research Triangle Institute, and various Craven County economic development projects. Champ is a native North Carolinian and a graduate of UNC Chapel Hill and UNC Law School. ET and Champ have three children and four grandchildren.