Aldermen SHOULD get a 30 percent pay raise

By: spencerbaldwin
In: Board of Aldermen
With: 0 Comments 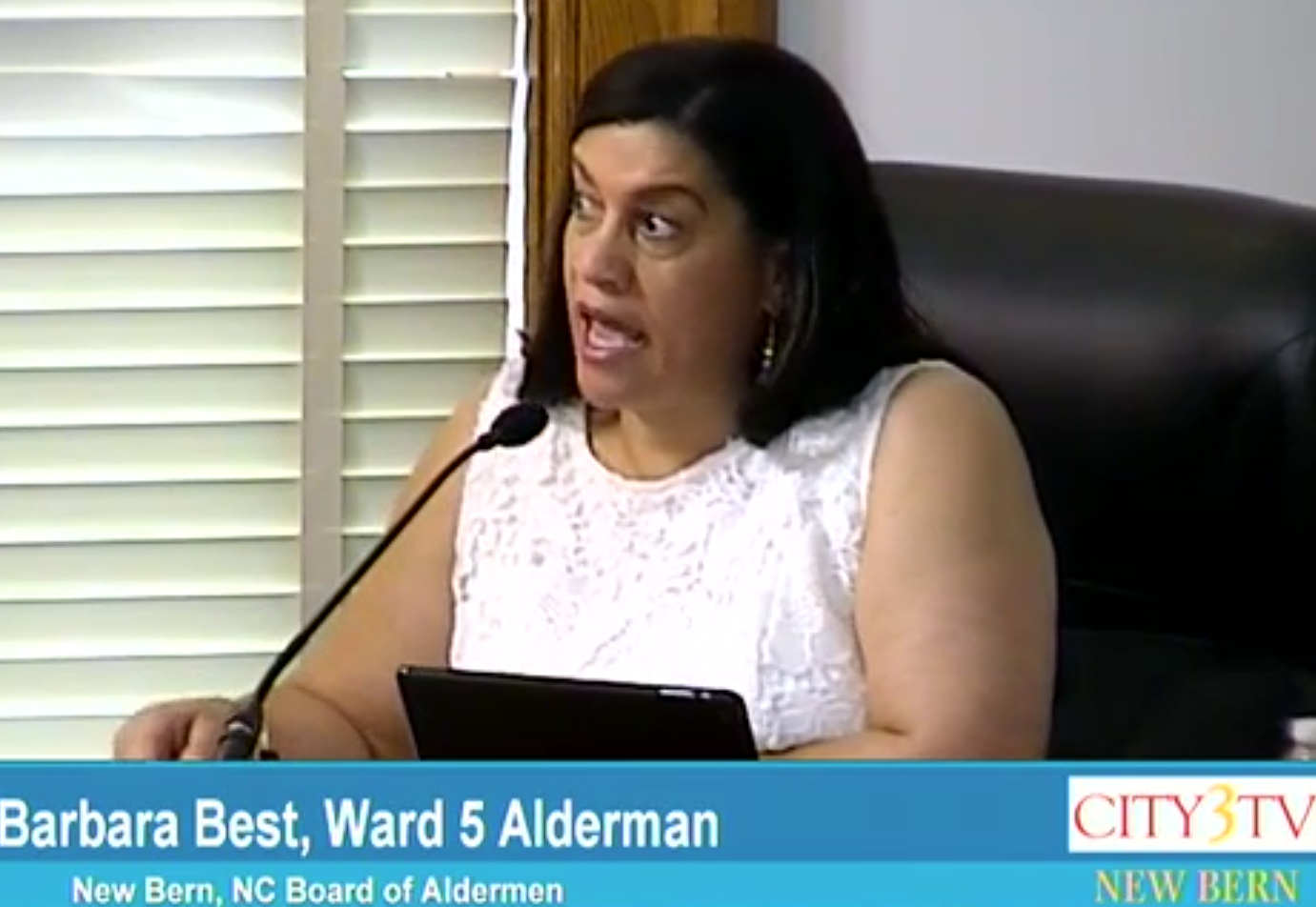 Alderman Barbara Best proposed that board members get a 30 percent raise.

Alderman Barbara Best took a brave stand during Tuesday’s Board of Aldermen meeting, one that critics would accuse her as being self-serving.
Best made a motion for members of the board to receive a 30 percent pay raise over the remainder of their four-year terms in office. It amounts to $2,429 in extra income, bringing their annual pay (except the mayor and mayor pro tem, who each earn more) to just over $10,000 per year.
Aldermen Jameesha Harris and Johnnie Ray Kinsey backed Best’s motion. Aldermen Sabrina Bengel, Bobby Aster, and Jeffrey Odham opposed it. Mayor Dana Outlaw opposed it, too.
Rookie aldermen nearly always are shocked by the amount of time it takes to be an alderman.
“It’s classified as a part-time position, but it’s a full-time job,” Best said. “… I’m quite sure constituents put us in place because they thought we would work hard for them, but I do feel we need to be compensated.”

The last time the board received a raise was in 2008, a 2.5 percent increase amounting to $216 a year. Dallas Blackiston, in his parting comments when he left the board, said he felt the board salaries should be raised to at least $10,000 due to all the work aldermen do.

Bengel said she has a service-oriented heart. “We work very hard, there is no doubt about it. Sometimes you have to do things when you know that you don’t get anything for it.” She said she has been working hard to squeeze every dollar she can find out of the city budget to put that money where it needs attention.
Aster said he could not support a raise of that magnitude without giving all the other city workers something similar.
Outlaw and Odham did not comment beyond casting their “no” votes. I suspect that they don’t need the money and don’t have the stomach to face constituents and city workers who might object to aldermen giving themselves such a steep raise.
The problem with expecting elected representatives to do it for free or token compensation is, only those who are well off through other sources can spend what amounts to a full-time job doing what amounts to volunteer wages.
The best way to discourage young people, people on fixed incomes, and people with low wages from seeking public office, is to make it impossible or nearly impossible for them to serve. The easiest way to accomplish that is by not paying them.
According to Payscale.com, city council members surveyed make $19,309 to $88,084 per year, with a median of $39,908. Alderman Best’s proposed pay raise of $2,429 would bring New Bern aldermen to $10,000 — a paltry sum by comparison.
There’s this notion that only rich people are intelligent and that people who are not wealthy are unintelligent. And of course, you want only intelligent people to serve in elected office.
The truth is, some people find wealth measured differently than in dollars, which could make them well-suited to serve public office were there not the pesky issues of paying the rent and putting food on the table.
Being an alderman is a full-time job and a demanding one, at that. The board should reconsider Best’s proposal and, for those board members who don’t want the money, they don’t have to take it. But for young parents and retirees, a couple of hundred bucks extra a month would make a big difference and not affect the overall city budget by one iota.
The whole issue of pay raises has City Hall in a tizzy. Long-time workers are complaining that they don’t get as much of a raise as newer workers. If measured in percentages, that’s usually true. But as measured in actual dollars, it’s probably not true.
For example, a top tier city official making $100,000 a year (mind you, I’m rounding DOWN to the nearest hundred thousand) gets a 1 percent raise. That means he gets an extra $1,000 a year. A worker making $20,000 a year gets a 2 percent raise. That amounts to $400 a year.
In what world can someone getting a $1,000 a year pay raise say he is getting a smaller raise than someone getting an extra $400 a year?
Of course, there are a lot more people making $20,000 a year, which makes it harder for top tier officials to get that four-figure annual raise they feel they so richly deserve.
At least it isn’t the corporate world, where CEOs on average make 70 times more than their average workers and in some cases 300 times more.
Come on. We’re not talking about a lot of money. Pay the aldermen a little more so that they can pay their bills.
~ Randy Foster / New Bern Post