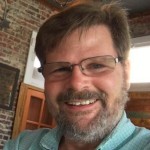 A study commissioned by New Bern and released in 2007 made several recommendations to improve Downtown New Bern’s parking situation. A parking structure was not among the recommendations, but was mentioned as an aside. The report by Lanier Parking Solutions recommended against adding paid parking downtown, unless the city built a parking structure, in which case it would need to have paid parking to pay for the construction costs. If a parking structure was considered, it recommended one of four locations: Within the “super block” between Middle, South Front, Craven and Pollock streets. The city lot at 100 Craven St. The Farmers Market Behind the END_OF_DOCUMENT_TOKEN_TO_BE_REPLACED

Various things I found interesting After sorting through a 300-page collection of background information and committee minutes (plus some odds and ends from last week’s committee meeting), I made the following notes: Committee member Leanna Tyson says she does not often visit downtown and was unaware city parking lots exist. E.T. Mitchell said she only goes downtown on weekends (although she does attend aldermen meetings, which are Tuesday evenings). Five voting committee members represent city hall including the city clerk. I can’t recall a city clerk ever having a vote. At any rate, it would be unsurprising if these five voted as a single bloc. END_OF_DOCUMENT_TOKEN_TO_BE_REPLACED

Going into extra innings, the city Parking Advisory Committee is meeting Tuesday to iron out recommendations it will make at an upcoming Board of Aldermen meeting. The committee meets Tuesday afternoon at the Police Substation at New Bern Mall, because what better way to encourage public participation than holding a meeting in a police station? The committee was supposed to present its recommendations to the Board of Aldermen on Oct. 24 but has gone two meetings past that date, including the one scheduled for Nov. 7. It has until Dec. 12 to present its recommendations, after which it dissolves. Two aldermen on the committee vacate END_OF_DOCUMENT_TOKEN_TO_BE_REPLACED

Like Loading...
2017-11-05
By: Randy Foster
In: Board of Aldermen, Craven County Board of Commissioners, New Bern
With: 2 Comments

The New Bern Post staked out its territory early: I cover local government and policy. That leaves huge gaps all over the place, but there’s no point reinventing the wheel when there are great websites like New Bern Now providing comprehensive news and information about other useful, interesting and important things in our community. With permission from Wendy Card, founder of New Bern Now, I have added an RSS feed to newbernpost.com highlighting the most recent examples of New Bern Now’s great community coverage. The feed is located in the top right side of newbernpost.com web pages, We met over coffee at Bee Bops and agreed END_OF_DOCUMENT_TOKEN_TO_BE_REPLACED

The city hired a South Carolina man as its new parks and recreation director, a position that pays $106,500 a year. Foster Hughes, former parks, recreation and tourism director for Conway, S.C., starts his new job in New Bern on Nov. 6. Hughes has 18 years of experience working in parks and recreation and extensive expertise in budget oversight, park and facility improvements, wellness and athletic programming, seasonal camps and programs, and special event planning, according to the City of New Bern website. City Manager Mark Stephens said the city received about 400 resumes for this position.  “Mr. Hughes distinguished himself among a large pool END_OF_DOCUMENT_TOKEN_TO_BE_REPLACED

City Manager Mark Stephens said his research leads him to believe downtown New Bern has had a parking problem for the last 100 years. A committee set up by the city seeks to solve downtown parking problems after about seven or eight meetings. Chaired by lame duck Alderman Dallas Blackiston as his swan song gig as alderman, the committee plans to recommend to the Board of Aldermen during an upcoming meeting that two-hour parking be enforced on downtown streets … … Except for two blocks of Broad Street, between the East Front Street traffic circle and Middle Street. That stretch of city streets would be END_OF_DOCUMENT_TOKEN_TO_BE_REPLACED

Like Loading...
2017-11-01
By: Randy Foster
In: Aldermen, Board of Aldermen, Craven County Board of Commissioners, Mayor, New Bern, New Bern business and commerce
With: 7 Comments

Alderman Bernard White was in charge of coordinating the opening prayer at the board meeting on Tuesday night. With the clock winding down until he leaves office after serving two terms, he let his wife of 47 years deliver the prayer. Later in the meeting, one-term Alderman Dallas Blackiston asked that the remaining thousand dollars in his discretionary fund go to Parks & Rec, specifically Thalmann Field, the ball field named after the New Bern policeman who was killed in the line of duty in 2014. Quarter-term Alderman E.T. Mitchell asked that the remainder of her funds (she did not specify how much that is) be END_OF_DOCUMENT_TOKEN_TO_BE_REPLACED

Action on a proposal for the city to sign a $1.25 million contract with a software company to integrate the city’s various departments’s computer systems was postponed by the Board of Aldermen on Tuesday evening because key city officials were missing from the meeting. Aldermen Victor Taylor and Jeffrey Odham were not at the meeting, nor was City Manager Mark Stephens. The proposal led to a flurry of discussion on Facebook about a reportedly similar system in Elizabeth City. On the Citizens of New Bern Facebook page, there was a lively exchange about the proposed system upgrade between Buddy Bengal (a local businessman and son END_OF_DOCUMENT_TOKEN_TO_BE_REPLACED